As the fastest crypto to reach a $1 billion valuation in the wide range of digital currencies on the market, it’s not hard to see why Lucky Block has become such a popular asset despite the fact that it’s still fairly new.

Due to the success of the Lucky Block project, the developers were planning to release their supporting investment; Platinum Rollers Club NFTs. This limited edition, 10,000 NFT collection was scheduled to be available to the public on the 11th of March 2022 but, due to a few technical difficulties, the launch has unfortunately been delayed.

Here’s a little more information on this collection; from price predictions, to how you could purchase some of these tokens for yourself.

When will the NFT collection launch? 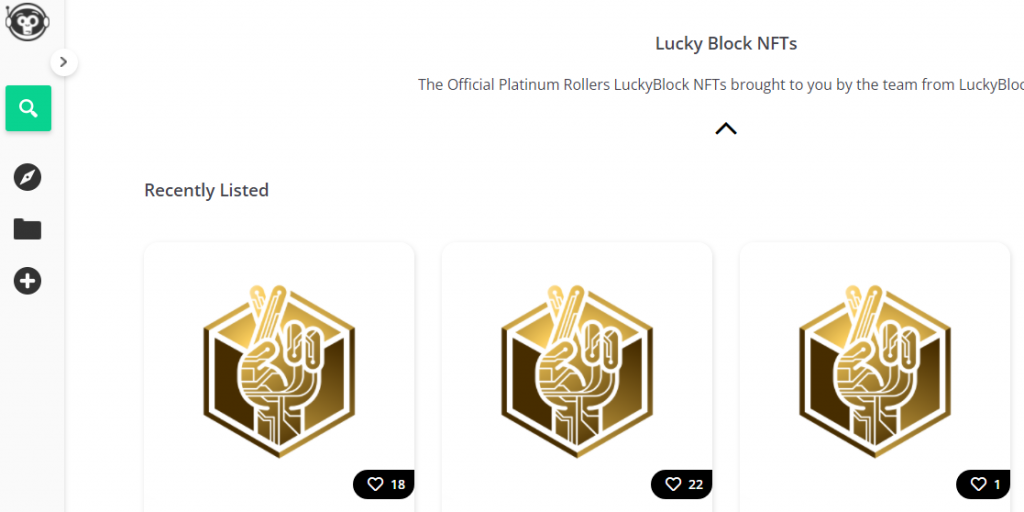 Recently, investors were disappointed by the fact that the drop was put on hold. According to the founders of Lucky Block, it was an essential move because of issues with Metamask integration, which could have caused significant problems for everybody involved. The good news is that the collection is still considered to be worth the wait – but how long will this wait be?

The issue lies with the third-party marketplace’s code, which means that the issues are currently out of their hands. Even so, the developers are aiming to get everything sorted as soon as they can to not only get the launch back on track, but also prevent any serious security issues.

With the early rise of the LBLOCK token, many crypto enthusiasts speculate that the NFT launch will see a similar success – which has, in turn, increased the level of interest that the Platinum Rollers Club has generated so far. It’s predicted that early buyers will see gains of up to 70x their initial investment – which is certainly something that you won’t want to overlook.

As it stands, each of these NFTs is valued at $1,500 and this will likely rise similarly to LBLOCK, which if you didn’t know, earned initial investors a return of over 6,500% in a matter of weeks from the presale price of $0.00015.

Don’t forget the fact that competition is likely to be fierce, since Lucky Block has already established itself in such a short amount of time.

How has Lucky Block gained so much attention in the crypto community?

First and foremost, one of the best aspects of the Lucky Block NFTs is their utility. Each owner of one of the limited 10,000 pieces will have lifetime entry to the daily Lucky Block lottery draws, with winnings valued at $10,000 in total.

Even with all its excellent possibilities, the platform and its associated assets (from the LBLOCK token to the new NFT collection) wouldn’t be quite as prominent today if it wasn’t for the outstanding marketing efforts they practiced, both on a national and global scale.

From the 25 Rares hidden among the 10,000 NFTs, to the chance to win a Lamborghini Aventador; Lucky Block is certainly making moves to encourage more people to invest in and support their project – and considering the popularity, it certainly seems to be working.

Who’s getting involved in Lucky Block?

There are quite a few influencers and celebrities who are getting in on the action and supporting this NFT collection. Here are just a few examples of names you may recognize:

These few people (alongside many other big names), its connection with the NFT Launchpad and even newspaper coverage in the UK have all helped to support the idea that Lucky Block (and their crypto assets) are going to be a worthy investment.

How to Buy Lucky Block NFTs

Interested in getting your hands on some Lucky Block non-fungible tokens? If so, here’s a quick look into the steps you’ll need to follow in order to purchase one:

Get some WBNB tokens

Firstly, you need to consider that Wrapped Binance Coin (WBNB) is needed to purchase these NFTs, as they’re going to be minted on the Binance Smart Chain. Fortunately, WBNB is easy to obtain and can be purchased on several well-known exchanges. Also, since Metamask automatically takes users to the Ethereum network, you may need to change your settings.

Sign up to an NFT marketplace that supports Lucky Block

To use your WNBN tokens, you’ll need to be connected to an NFT marketplace that facilitates the new Lucky Block NFT collection. Since it’s going to be launched on NFT Launchpad, you may want to create an account on this platform. Connect your wallet here and you’ll have the ability to start purchasing NFTs.

If you’re using NFT Launchpad, you’re likely to find that it won’t take long to come across the Lucky Block Platinum Rollers Club 10,000 collection. NFT Launchpad is heavily promoting the collection, which means that it’s going to be easy to find, even for those who aren’t looking for it. All you have to do is select it, click buy now and you’ll generally be good to go.

Other notable facts about the Lucky Block NFTs

Notes from Scott Ryder on the NFT launch

Scott Ryder, who is the chief executive officer of Lucky Block, had quite a few interesting points to make on this NFT collection.

For example, did you know that it is being backed by several marketing campaigns, as well as working with big crypto influencers and advertising across social media to draw in as much attention as possible? There are physical advertisements too, including banners and even a digital billboard in Las Vegas, which has helped to get even more eyes on Lucky Block.

What else do you need to know about Lucky Block?

With the first Lucky Block lottery draw scheduled for the 25th of March, the promises made by the developers are swiftly coming to fruition. The app hasn’t been available for too long either, as it only launched on the 21st of March.

The developers have been able to achieve things that not many other crypto projects have. For example, in the space of just 3 weeks, it managed to reach a market capitalisation value of $1 billion – which is the fastest growing crypto project to date.

The founders of Lucky Block have wasted no time or effort, ensuring that their marketing strategies are at their best and doing everything they can to make the first online global crypto lottery a reality. Although they are currently experiencing a few setbacks, those interested can’t deny that they’re doing a fantastic job.

While many investors can see the potential in Lucky Block as a way to increase their funds, the lottery aspect of it has also gained a significant following with crypto enthusiasts, online gamblers and many other curious individuals who aren’t in these communities. As of March 8th, Lucky Block saw 43,000 LBLOCK token holders, and with a lottery prize pool valued at $5.5 million, it’s not hard to see why it’s so enticing.

It’s safe to say that this is a one-of-a-kind NFT project and one that helps to support the greater concept of the Lucky Block platform. Features like the Rares and Lamborghini are certainly adding appeal to the lottery concept, but the core idea of Lucky Block had already earned the attention and support of countless crypto enthusiasts.

As the first (and potentially only) lottery-based crypto/NFT project out there, the potential for success is far greater than with many similar investments – and this is why Lucky Block could be a worthwhile selection.